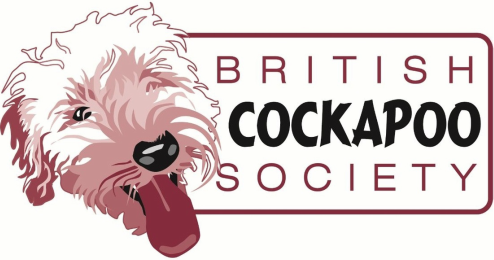 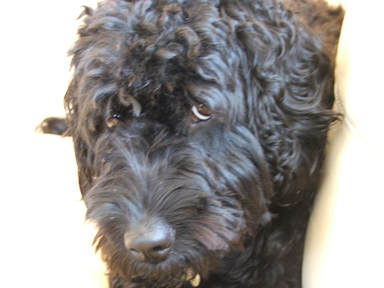 Meet Bobby.  A Cockapoo bundle of happiness, with a  love of cuddly toys, a  constantly wagging tail and for whom every day is a cause for celebration.  He  also  could have won a world prize for being the fussiest dog on the planet as far  as his  diet was concerned.

He was a nightmare!

He would regularly starve himself for days on end, sniffing at his food and  walking away.  He would starve himself to the point of vomiting biley froth  because his tummy was empty.

I tried everything.  I changed his food, I gave him the best on the market, kibble or  wet food.  I gave him tasty titbits, I tried feeding by hand......, When he did eat I  practically did an announcement in The Times, it was such a momentous event!

His other issue was that, despite me cleaning his teeth, he had terrible plaque, especially on his back teeth which were pretty gross.  I was concerned that he needed a trip to the vet and an anaesthetic to keep them clean and I didn't want to be doing that as he got older.

Obviously this couldn't continue - my nerves couldn't take it even if Bobby seemed to be coping with it in his usual crazy fashion.  I eventually got round to the idea of a raw diet and started to read a bit about it.

At first it seemed very confusing and a bit worrying.  How would I know he was getting all the nutrients he needed?  How would he manage with a bone?  What type of raw feeding should I use (there are a few options) and isn't it all a bit messy?

I needn't have worried.  I relentlessly picked the brains of people who had fed  their dogs raw for years (see the stories on this page) and took the plunge.

I wish I could say that he took to it immediately but, Bobby being Bobby, that wasn't the case.  he sniffed at a top grade, organic chicken breast and looked at me as if I was mad.  After sniffing at it, he carried it in to the living room, holding it gingerly in his front teeth, and plonked it on the floor.  He then proceeded to dance around it, barking at it just in case it decided to grow legs and try and run away.

Eventually I gave in, cut the thing into slices, added a little bit of cooked chicken in with it and put it in his bowl.  Success!!! He ate it!!  Happy Days!

Over the next few days I gradually became a raw fed dog owner.  I gave Bobs human grade meat bought from the butcher, added a little bit of cooked chicken as a tempter, and he got used to the smell and feel of raw meat.  It was great and he started to actually be interested in food.  The tempter cooked chicken became a thing of the past, he just dived into the raw meat without a thought.

It took a while for me to graduate to giving bones, I was worried about how he would cope but I needn't have bothered.  I bought some chicken wings, gave them a bit of a bash with the hammer to break the bones up a bit and put it in his bowl.  He chomped through it with gusto, with me staring at him just in case there was a problem.

About a year on now and we have settled in to a nice routine with it and Bobs and now Yogi too, both love their raw diet.

So what do they get?

I go down the easy route and buy frozen, commercially made raw food.  There are many on the market, in my case I use Nutriment as I like the 'extras' they add like fruit, veg, various oils etc, and most importantly, the dogs love it too.

The bones, heart etc I get from Natures Menu online.

So they get a mix of

I give one of the above for breakfast and a different one for dinner, and vary according to which Nutriment tub I am giving for their dinner, to ensure a variety of meats are given throughout the week.

I now feel more comfortable with feeding this way, and have to say, the dogs wait by the fridge for their dinner every day.  They love it!  They also both have sparkly white teeth now which is great.

Many I would say.  The ones I have found are -

Haven't really found any.
**Forward planning needed if you are going away on holiday but many campsites now will store frozen items for visitors and food can be bought from supermarkets or local shops.
**Freezer space needed for dog food

That's about it really.

Overall, I would say I have 2 happy doggies now and no more worrying about Bobby being fussy!