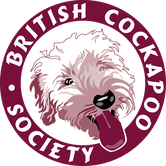 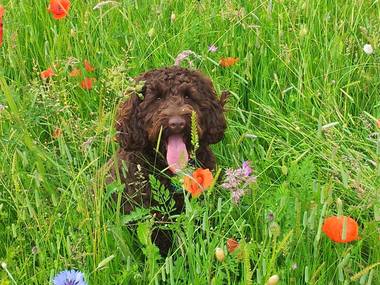 Cockapoos are the result of a mating between a Cocker Spaniel and a Poodle, they can vary in appearance, depending on which parent they favour.
Some may take on more of the Cocker Spaniel, some the Poodle, while others will be somewhere in the middle.

Part of their charm is this variety and owners delight in seeing how the variety in looks, coat, size etc develops as their puppy grows into adulthood.

Both the English Show and Working Cocker come from the same gene pool so although their appearance varies slightly they are basically different strains of the same breed. 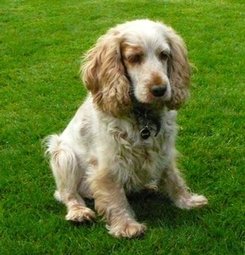 These dogs have an 'eager to please' disposition and love learning, with scent work being high on their agenda as they love using their noses! 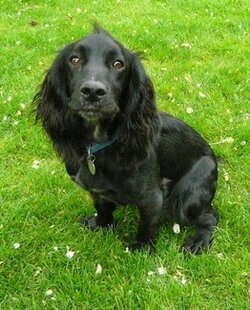 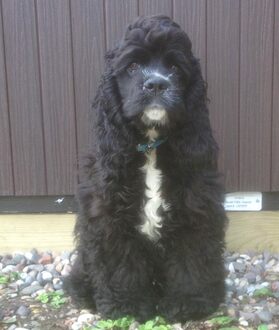 ​POODLE​
There are different sizes of Poodle used in breeding Cockapoo's.  It is sometimes said that Poodles have a great sense of humour because probably no other breed has been the butt of more jokes thanks to some of the show dog cuts done on their thick usually non-shedding coat.

That aside, the Poodle is a popular dog, fun loving, happy, easy to train and smart.  There are several different sizes of Poodle (Teacup, Toy, Miniature and Standard) but it is the Toy and Miniature that are commonly used by breeders of Cockapoos. 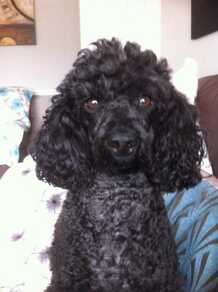 Despite their size they have the full Poodle character and personality 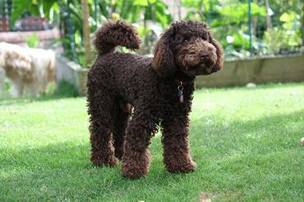 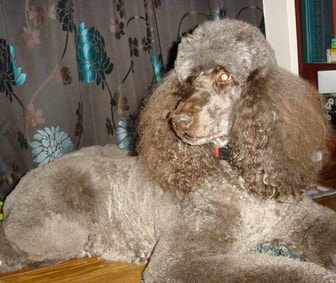 Standard Poodle
The Standard Poodle is the largest of the Poodle breed, standing at above 15" (38cms)  and can weigh up to 45lb (20kg) or more.

​They are impressive dogs, large, energetic and athletic.  They are not usually used in the breeding of Cockapoo's because of the size difference between it and the Cocker Spaniel